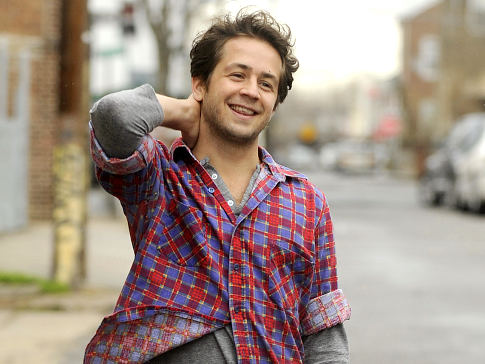 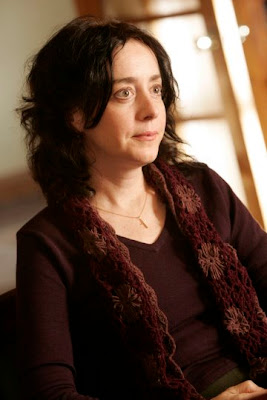 Both Mom and Ma sighed. Regina rubbed her temples as Rachel continued to put the plates on the table.

"I swear, if Hank doesn't stop with the bug thing... we're going to have a problem." Regina said simply.

"The bug thing is a hobby, and a good one." Rachel reminded her as she began to put the utensils out next. "Hank is doing a good job with his science work. He's earning lots of awards at school and even got three scholarships, we shouldn't shun him from this."

Reg rolled her eyes. "Rache, of course I want him to be into bugs and things, and I want him to have a fruitful career-- I just don't understand why he needs to scare his brother by leaving his collection all over the house."

"They're insects. Not bugs. And not all of them are even insects. He has some arachnids too y'know."

"Those things terrify me." Regina said as she began to pour the home-made pasta into the strainer, the boiling water with it. The noodles were thick enough that they didn't stick out of the holes. She hated when the noodles would stick out. "There! I got them the right size this time!"

Rachel patted her back. "Good job, hun." She kissed her wife's cheek and put her head upstairs. "Scott! Hank! Down here, dinner! Pronto."


"Mom! I can't find Hank!" Scott called. "He just... he's gone!" Rachel's eyes instantly connected with Regina. The two of them dropped what they were doing and began to run upstairs.

"No, don't!" Scott shouted, running to the top of the stairs to stop them. "I don't know where he went in the house I mean! He shrunk!"

Rachel looked to Regina who (as she always did) rolled her eyes. "What?" Rachel asked.

"He shrunk! I watched him! He was stressing out about his scholarship essay, going over it and I told him I needed his laptop to burn the new Linkin Park CD and he got angry at me. Then, he just... shrunk. He was on the floor! I lost sight of him!"

Regina stared at her son as if he were speaking a foreign tongue. "Come again?"

"He shrunk down to the size of a bug and disappeared!"

Carpeting was rough. Hank had done only gravel and grass so far, but carpeting was very hard to maneuver through. Between the mites, the dustballs, and the awfully thick, rotund pieces of cloth stitched together in such perfect patterns (hand-made my ass), the carpet was easily the worst place he had shrunk so far. At least the gravel proved to be exciting, it had been his first time. The stress of waiting to be accepted into college, standing outside the mailbox, he assumed had triggered a latent mutant gene. He had read about them, many papers.

One of his favorite physicists Nils Styger had written a paper on the physical world playing a major impact on the surfacing of a mutant ability. It was an interesting read, but not nearly as interesting as Dr. Hank McCoys who had published numerous papers on the stressful conditions that one can experience their mutant gene first sparking.

The second time he had tried to do it to himself. Took nearly two hours, but eventually he shrunk down to the size of, (roughly) an ant. In his backyard. It had been scary. His house seemed miles away (and at his size it was). Once he climbed a tall weed to inspect the distance he had fashioned himself a grass spear, expecting to find insects who would wish to devour him. Besides the mites and the earthworm, nothing had come up really. As intrigued as he had been to find some insects, he was relieved when he grew back to his regular dimensions.

Dimensions. is what he called it now as he heard his mothers stepping towards the edge of his room. He hoped his younger brother had actually watched what just happened, told them, and not just left the room screaming like a raging-hormonal-teen-idiot. His dimensions kept him from communicating properly to his parents about his location. This could get dangerous.

"Note to self..." he said to his voice recorder. He stopped. "Oh wow, voice recorder you shrank too! Nice. Okay, note to self -- make a device that allows me to communicate to larger objects. My voice will probably be faster and/or higher pitched at this size, so I should should probably make a device similar to a SQUIRT radio." He watched them step to the door frame and peer in. He had no way of communicating with them. What was it he did again? To make himself get larger?

Scott showed up behind them with a magnifying glass. "Here!" He said, "I got this!"

Scott dropped to his hands and knees and used his looking glass to spot his older brother somewhere in the carpet. It took a few minutes with his parents eagerly waiting in the frame, wondering if they were insane for actually holding their breath through this whole ordeal, but finally Scott shouted "WHOA! He's right here! Don't move!"

In the glass, Scott could see Hank plugging his ears and scowling at him. Scott watched Hank take his cell phone from his pocket (Hank seemed surprised his device even worked at this size) and began to text to his brother.

Scott got the text. He flipped his phone, scrolled the screen and read it. "NOT SO LOUD YOU FUCKING IDIOT" it read.

Rachel began to cry and say "My baby! Oh my God, my baby!"
Regina continued to smile. "You're a mutant huh? Can you get big again?"

"YES. NEED A FEW MOMENTS OF PEACE -- CONCENTRATION. BY THE WAY THIS CARPET IS TOTALLY NOT HAND MADE."

Regina looked to Rachel. "I told you."

They stepped back and waited in the frame of the door again, hoping Hank would piece it together soon. When they got bored of waiting Scott sent a text asking "You okay?"

"YES. FOUND AN OLD PENNY, ITS MUCH COOLER FROM THIS SIZE. BE BACK SOON." The three rolled their eyes.

In moments, Hank was growing back to his original size. It was freaky to watch, like something out of an old sci-fi novel. Hank felt sick as he returned, and then full on nauscious. He found his trash bucket and yakked, Regina flying to his aide. He waved her off, telling her this happens each time.

"Dimensional Warping... it comes with the territory." He assured her.
"What exactly were you planning on doing down there, young man?" Rachel demanded. She took him and hugged him, glad to see her son alive but still furious he had shrunk down to dangerously small sizes and had acted so unbothered by it. The mere concept terrified her. She knew what was down there, in the Micro World. And it terrified her.

"I was planning on confirming a theory." He admitted, hugging her back and then sitting back at his computer. Rachel threw up her hands and looked to Regina with an expression that said: "I'm-in-utter-defeat-and-I-lost-to-a-computer". Regina fixed a stern look to Hank.

Hank grinned and revealed a website. A news story about the X-Men stopping something called The Phoenix.
"The theory that I belong in the most prestigious mutant organization in the country."
R.I.P. Ultimate Peter Parker

There is a wealth of puns available here.

The Thing: "Didn't they come up with a cure for your kind?"
Wolverine: "You gotta problem with mutants?"
The Thing: "I meant Canadians."
-Astonishing X-Men #7
Top
Post Reply
2 posts • Page 1 of 1