Nightscrawler's Chatroom based role playing game. Wanna get started but don't know how? Come on in and take a look around! Here you'll find our rules, playing guides, and general game information.
Post Reply
5 posts • Page 1 of 1

Post it here, along with info on how you'd best like to be contacted (chat, forum private message, etc.) and let's see if we can get some interpersonal relationships going!
Top

Jean came to Xavier's unintentionally. Once an Olympic hopeful, she was outed as a mutant and lost her place on the 2016 American cycling team. Her parents, desperate to help her fix her life, signed her up for Bolivar Trask's mutant cure. However, she didn't know the cure would involve brainwashing. She was accidentally rescued when she was mistaken for Cessily Kincaid.

Frustrated with her parents for what she sees as the ultimate betrayal, she refused to go home or even to speak to them to hear their side. Unfortunately, she doesn't like Xavier's either, since the staff wouldn't listen to her when she said she wasn't Cessily. Also, in her opinion, mutants are weird. So, she's generally dissatisfied with life in general, except when shopping or spending time with her boyfriend, Jamie Madrox.

Jean's personality and attitudes towards others run hot and cold – she can be kind and loving, or an incredible bitch. She is fairly intelligent, with a photographic memory, but can be an absolute ditz. Her attention span is short, unless she has a real reason to focus and use that photographic memory. Since she lacks an actual direction that rarely happens.

X-Men missions freak her out and she's often found flailing on the sidelines of the action.

Last spring, while trying to help rescue her boyfriend, Jean used Cerebro. The incident put her in a short coma and has had an effect on her telepathy and telekinesis and her ability to control them.

She is a sophomore, though technically she didn't start school until the second semester of her freshman year, so she's a bit behind. Cutting classes constantly probably doesn't help this.

As she is from New York and not on speaking terms with her family, she will likely be spending the holidays at the school.

A self-professed mean girl, Jean often enjoys toying with people just to get a rise out of them. She's much nicer when high, a state that happens fairly regularly. Obvious mutants make her uncomfortable, though that is a prejudice that is lessening to a degree. Some mutant powers still gross her out, however.

Jean shares an antagonistic yet often playful relationship with her older cousin, Rachel Grey. She enjoys shopping with her roommate Idie and Jessica Drew (until she vanished), and you could hear collective IQ points drop when she spent time with Alison Blair.

Currently, Jean is in a relationship with Jamie Madrox. She may not always be aware she's flirting with guys, although sometimes she's very aware and will do it for sport, or torture.


Interested in Jeeeeeeeaaaan? She doesn't have a lot going on right now and I'm hoping to change that. Hit me up in chat or here on the forum.

( Since I'm not sure if we have a protocol for 'how posts are meant to look/meant to be written' I'm literally gonna whack a tonne o' text right here and be done with it. Ping me if anything interests you, and like a good @Channer, I'll read over everyone else's posts and start formulating ideas! ) 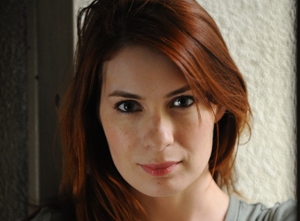 Her brother, Robin Parker, has a terrible secret. There's a reason he refuses to join Xavier's roster and live alongside his sister, and that's because HIS 'responsibility' is to a darker side of the scales. His secret identity is one shrouded in even more mystery than his Spectacular sibling's - not that she hides it very well, telling everyone close to her and living in a school where she makes it public on a daily basis...

Where do Robin's loyalties lie? That's a question not even he knows the answer to anymore. But my plan for the answer to that is that he works for a shady employer who pays him to shake down other gangs, cause a ruckus where he can, keep the law on their toes....

What I'd like to do is something to establish Robin as a criminal force of his own, then somewhere down the line introduce his activities in a group of powered individuals following some third parties' missive. Robin, of course, would do anything to keep his ex girlfriend and child safe, even if they didn't part on the best of terms, so drama is GO!

Plans with Mayday's sister will evolve in the later time....but April has a secret of her own.


At present, my plans for her are going to be something along the lines of feeling super, duper sad that her 'man she totally DOESN'T have a crush on', Julian, is missing/a massive jerk for totally stabbing his benefactors at XU in the back.

Hisako doesn't take defeat too well, all her friends know that, but how will she take crushing on her enemy? Will she even have the same feelings? This is something I REALLY want to drag some attention to, so random instances to see how she's holding up, maybe some reference to our resident kiiro Samurai being more than a little sad right now, anything I can get some help with would be great.

Involving this, I'm working with Tears on something; we're having Julian disappear over to Japan with her come Winter (this is still a thing, I think), where she'll be attempting to track down the Samidare's wakizashi in order to complete her family's Daisho set. The idea I have is that the heirloom was pawned off years ago to a certain wealthy collector. Maybe involved with the Yakuza clans in Japan...

...pretty sure we know where this is going now...

My idea was to involve Hisako (et. al.?)'s attempted theft of the blade, only to be apprehended by security. The group (which I'd like to keep small if it IS a group) would be let go, and Hisako would be given the blade after it is confirmed she is a member of the X-Men by the clan leader, with a promise that she 'owes him for it'.

...oh, yeah. Idea stops there. SO much potential for that later.

This would also build a rivalry with, say, the clan leader's son who could, say, be the Silver Samurai? Which would be totally cool because he'd make a fantastic anti-Hisako style villain. I love my canon references, and I REALLY want to get more people involved with my ideas, so if anyone is interested, ping me!

Aside from that, and 'blah, blah, blah, love story with Julian' and stuff, Hisako will, in the new year, attempt to not only train herself for leadership, but also be forming Xavier University's first Student Council! Naturally, in the most DEMOCRATIC fashion ever, she will appoint herself president automatically and start rummaging through the school to find supporters for her many, many projects! First of all? School bake sale!

Or something else amazing and crazy! Ping me for interest.

You know you want to... <3
As for Bruce, the truth is that for the moment I've hit absolute ZERO for ideas. There were a few things I wanted to do, but truthfully, since they're such an echo of stuff I've either already done or things that are already going on (feels like I might just end up re-writing Eddie or Walt) I would absolutely LOVE some input.

Obviously, prior to posting this I will be searching through other people's queries and pinging them with ideas, so if I can get the same things coming my way, I'd really appreciate it.

Bump for awareness: request thread be discontinued and deleted due to inactivity.
Top

I would suggest just trimmed and updated.