If it's not comics, tv, or movies, this is the place! Talk about anything and everything else right here!
Post Reply
1853 posts

Finally finished my articles for October, just waiting on images from the PR people. But now I'm gonna chill and I actually finally have time to watch Buried which I have been intending to FOREVER!
"If you live your life to please everyone else, you will continue to feel frustrated and powerless. This is because what others want may not be good for you. You are not being mean when you say NO to unreasonable demands or when you express your ideas, feelings, and opinions, even if they differ from those of others.â€
Top

A transformer explosion nearly knocking a power pole down and setting it alight like a roman candle while taking out an entire town's power would not be an appropriate subject for this thread, but it showed me just what I love about my job and the community I serve.

Oh, and when I take a cell phone call from my husband and say, "Can'ttalkloveyoubye!" before hanging up on him, and he totally understands why, I know I've got a good FF spouse.
Meddle not with the heartstrings of fans, for we are powerful and hold your pursestrings.

I finally managed to tackle the laundry room, part of downstairs and my daughters room. Can't explain how good it feels for them to be neater. Yay!

Had surgery. At least I can still see.

Seeing is a plus. Good! Stay healthy! Hope to hear more soon!

But from what happened in the ass thread I just posted I find out my boss's son is a big fan of the hulk as he is showing off his new underwear to me. This is amusing coffee.

I'm hoping to get out of my English teacher rut and get a real job when I move to Germany so I joined a professional organization. I decided to do a practice run in Korea and go to one of their meet-ups. What the hell right. I was expecting the usual bores pretending to be professional (you know, like me) but there were people with actual careers at this thing!!

I haven't seen that many attractive young guys collected into one place since I went to Europe two years ago. I even got to talk to some of them. I think some of them might have even been single. I don't care, I'm at the point where I was just happy for some attention from nice clean cut young men who are in good shape and have goals and stuff.
Und die Sonne spricht zu mir
Top

I slayed our shrubbery with fun power tools and then got to go to two haunted houses today.

Tomorrow, we go to the renaissance festival - for free.

It's shaping up to be a fun, relaxing weekend.

Anything fucks that up I'ma kill it with fire.

My daughter turns 12 today!
Meddle not with the heartstrings of fans, for we are powerful and hold your pursestrings.

Had an awesome weekend with haunts, ren fests, baby haunts and hair dye!

And I didn't have to kill anyone.

My op wound has healed up a looot quicker than I thought. Yaay.
Top

I just witnessed American History and I am still reeling from the things I have just seen.


The State of Rhode Island & the Providence Plantations is the first state ever to approve, outside of state legislature, in-state tuition for undocumented Rhode Island students based solely on the principle that their education and promise to become American citizens is in the betterment of this state, this country, and the educational institution. In addition, undocumented kids now pay the same as their peers, while still being denied things such as Federal Aid and bonus Scholarships, being they are not official citizens, this part has not changed.

This Tuition Equality Act (Dream Act sometimes) has been approved, 14 times in 14 different states, via State Legislature, but it was unfortunately shot down in RI by radical, fringe, right-wingers.


And let me say... I am so proud of those kids tonight.

These kids from Classical High (notoriously mixed-culture school), as well as Cranston East/West, Providence, & Pawtucket, represented themselves and their understanding of state law, Federal law, and immigration laws far better than their supposed "superiors".

These "superiors" (ranging from my age to obviously generations above me) claim (in fact proudly proclaim -- usually after noting their ability to pay taxes) to be graduates of some kind of school (Brown/PC/URI). These people stand here, claiming to be not only more educated but more well versed than these lesser-citizens (one person can be directly quoted as "Non-Americans and False-Citizens"), yet not a single one of them was able to utter anything that wasn't racist rhetoric. They were able to pour out some of the most illogical and inane attempts at rationalizing away this policy change. One was noted saying "You might have enough money to pay for your education if you hadn't been sending it to your homeland..." (This is a quote, I have the recording).

They stumbled on facts, jabbered about religion and what makes "America" America, and even went so far as to misquote the National Anthem and Pledge of Allegiance.

These kids did a great job representing themselves, their generation, and their families, and I no longer have lost faith in those younger than me.

In fact, my loss-of-faith is in all the white people younger than me. Seems like these kids are doing just fine, I hope college helps them become great leaders.

They're already on the right path.

Before the rage that came with being completely undermined by his idiot mother, Matt told me if I can get the table down to the basement I can work on art down there. So, about to attempt that, and then I can just lurk in the basement from now on, therefore not having to deal with his family anymore.

Aaaaand, spot in the basement is set up...

Sweet! Finally you can hide in your boyfriends basement like a real geeky nerd!!
R.I.P. Ultimate Peter Parker

Scott found my driver's license and my bank card!

Luckily, I got mad when the bank put me on hold forever this afternoon so I hadn't cancelled the card yet. Woots!

Oh, isn't it like the best feeling in the world when you get stuff like that back? Thanks to diaperbrain, I'm sure you're having fun with that.

Oh, and what makes me happy? Or at least mesmerized each fricken time I see it. Your stripper bunny avvy. It's the crack of the avvy world.

Good side of doctors: PAINKILLERS. Yes. Painkillers. How I love thee and thy ability to remove pain. <3

Also, referral to a psychologist for mentally crap - which is good - and finally a surprise!referral for getting my hermaphrodite crap sorted! And they've decided the major brain/spine surgery isn't needed yet <333

Those who know, don't say; those who don't, say too much.

And it rained over Bastrop county where the major fires were.
Top

I'm currently at a weekend retreat with a bunch of girlfriends. I'm actually currently scrapbooking a page with me and spaz on it (I'm a few years behind). Had to laugh and post.

Licked a guy's nose in the train station because he was being a prick. Sure, he grabbed my head and told me to get my gay tongue off him (love it to make homophobes face their greatest fears), but seriously dude, no one saw what I did, but everybody sees you just randomly attacking a guy? Obviously everybody told you off 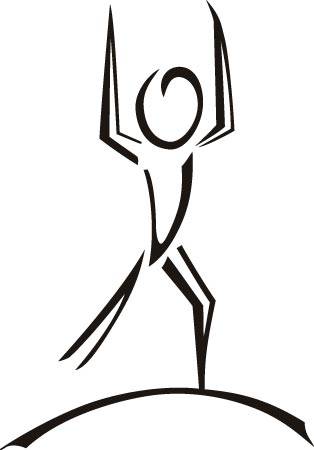 Had an amazing weekend. Feeling very, very chilled and learnt a couple of things about myself. Also got to walk around a 15th century cathedral while the medieval-style choir was practicing with the organ. Being down in the Chapel of Unity in the crypts and praying with the Latin cante and the organ were going? One hell of an experience.

Feeling very much at peace and rested, ready to face the rest of the week ^^
Those who know, don't say; those who don't, say too much.

I finally got a call back for a job, need to call them first thing tomorrow to arrange stuff, keep fingers crossed for me.

Pup's Blog -- Pup's Tumblr
"Why can’t people appreciate how much effort I put in to not becoming a serial killer?"
Top
Post Reply
1853 posts