Learn more about our current players, as well as those pesky supervillains!
Post Reply
1 post • Page 1 of 1 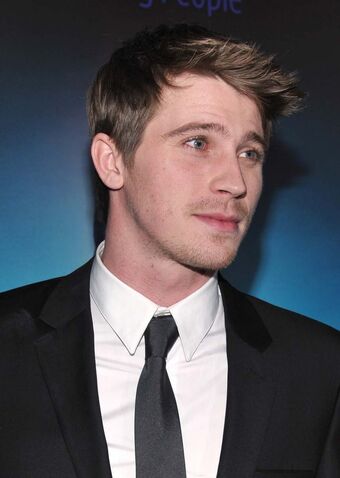 NATIONALITY: American
STATUS: Unregistered Mutant
AFFILIATION: X-men
MUTATION: Clint is at peak athletic physiology; Olympic athletes would kill to have the skill he possess. His ability gives his brain an advanced understanding of trigonometry in practice (i.e. Do NOT play a game of pool with him). As well as allowing his mind to work at, essentially, a higher functioning level of activity, Clint's mind calculates factors such as trajectory, distances, probabilities, and mathematical formulas involving everything from resistance to velocities. All of this occurs in a split second on a subconscious level. His ability to perform instantaneous calculations provides him a strong upper hand, so when he takes aim it’s almost always a bullseye.

ETHNICITY: Caucasian
HEIGHT: 6' 3"
WEIGHT: 230 lbs
BUILD: Very muscular, but lean
EYE COLOUR: Blue
HAIR COLOUR: Blonde
HAIR STYLE: Short and messy spiked
PREFERRED DRESS: Clint wears anything that's comfortable but mostly jeans and t-shirts. He likes to dress fancy when he can, but doesn't do it often because of his line of work.

TEMPERAMENT: Clint is a pretty easy going guy unless the love of his life is threatened. Then, he becomes your worst nightmare using everything within his power to beat down anything in his way.

HISTORY: Clint lived the small town life just outside of Pittsburgh, Pennsylvania. It was a normal life. He played t-ball, watched the Pirates lose game after game, and the Penguins win the cups. Clint's dad wasn't the best father, but he loved him and taught him a lot of things to help him make it, or so he thought. Clint could take apart any engine and put it back together with his eyes closed if he tried hard enough. He went hunting every season, and he almost always brought back a buck, turkey, or ducks. The only problem was his dad didn't care to push him when it came to classes.

Clint skated through his whole school life only ever giving a damn to pay attention when Natasha was around. They were best friends for the longest time. He always wanted to ask her out but he was always too scared to ask. He ended up getting lucky though. One day, Natasha just came up to him and told him they were going to go to dinner. It was possibly the scariest night of his life until it ended with a kiss; one that he'd been anticipating for years.

After graduation Clint and Natasha were afraid their families wouldn't condone their relationship. Wanting to bring it to the next level, they went away to get married. This didn't work too well in their favor. They both managed to get jobs to get by and a found a very small house to start their lives.

Clint never noticed his powers and never did anything remarkable enough to showcase his abilities. Sports weren't his thing, and he figured that all the skill at hunting was just that: skill. His Dad drilled him every day. It was either ignorance or stupidity that he never noticed that even when he dropped something it somehow landed where he wanted it to or close by.