5 Games That Shouldn't Be Movies -- WRONG

The Marvel Cinematic Universe is just the beginning - talk Marvel on the big screen, small screen and everything in between. DC Cinematic Universe and independent comic creations are welcome, too - The Walking Dead, Preacher, etc.
Post Reply
2 posts • Page 1 of 1

5 Games That Shouldn't Be Movies -- WRONG

So this Knucklehead named Jonathan Williams decided to write about 5 video games he never wants to be made into films.

This pissed me off for numerous reasons so I may rant a bit here, but the summary of it all is that his points are incomplete, invalid, and they are subjective. He makes assumptions about the franchises of the games, the studios who work in Hollywood, and even boldly assumes he can predict box-office numbers and the like. I am really amazed people like this are allowed to write for blogs. An opinionated jerk.

This #JonWilliams probably got paid for writing a lameass article about videogames that further annoys the actual fans.

I'm sorry, but if he really expects me to believe he doesn't want a Metal Gear Solid movie he's going to have to sell it better than that.

This Jon Williams (... Ha!) character is saying he would never see Meal Gear Solid the movie. He also talks about it like he has played them, which is great. The series is written and directed by Hideo Kokima to be like a film, a completely different type of storytelling experience that is wholly unique to the gaming world.
Williams should have a really experienced opinion about the series. However; he has proceeded to make a list of irrelevant points that act as predictions of both how well the film would do (something he could never know, being he doesn't seem to have a good handle on what actually makes up a film's demographic -- a point I get to later) and how the film would be made (which is equally something unknowable and egotistical of himself to imagine that the way he sees it is the only way it can be made). I can guarantee, when each of these movies comes out this dingus is going to pay to see each and everyone. #Guaranteed


In the Metal Gear Solid section he mentions studios being afraid to add #SciFi to their films. He says the concept of the game can't be made into a viewable film. His exact quote is:

Even in comic book movies, the studios are sometimes hesitant to add more of the supernatural/sci-fi elements in the fear of turning off certain audiences or making it seem to “fantastical” (which is ironic considering the source material is from a comic book). Mores so, the sequels add on even more supernatural elements with the ideas of genes taking over other people’s bodies and an apparently vampire villain named Vamp (not the most original name).

Okay,...
and?
What does that mean? Are trying to tell me this is too much for audiences? Let me remind you of a film called: 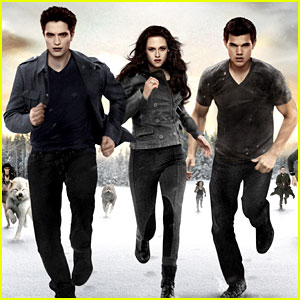 Let me clear two things up here. 1) Studios love #SciFi. It sells. Big. Avengers? Did you see the fucking box-office numbers on that?
Let's dig 'em up from wikipedia:

The Avengers premiered on April 11, 2012, at Hollywood's El Capitan Theatre. The film received positive reviews from most film critics and set or tied numerous box office records, including the biggest opening weekend in North America and the fastest film to gross $1 billion. The Avengers grossed $1.51 billion worldwide, and became the third highest-grossing film of all time.

That's a lot of fucking money, Jon Williams. Do you know what #1 is? 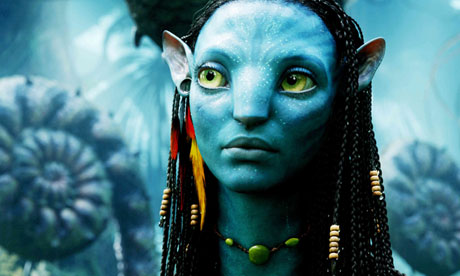 I'm pretty sure Metal Gear Solid the Movie would do fine in the box-office.

And then he claims the concept of the game is too complex to be made into a movie. This is bullshit. Be more optimistic, man. People aren't so stupid. I mean, yeah, Twilight breaks records and that sucks, but a lot of those people also see great films like Les Miserables or independent sci-fi films like Moon all the way from England. So don't treat the public like they are stupider than you because you have played the game and they have not, and therefore they will not understand. That's obnoxious.

One of my other favorite points he makes is about the Assassins Creed franchise being made into a film series.

He says he thinks Assassins Creed cannot work as a movie because of the complex, time-shifting plot. My explanation to this is he paragraph above. Also; oh yeah, that's why Michael Fassbender signed up for it, right? One of the U.K.'s finest actors in this generation and he came from out of fucking nowhere and has already been in three oscar nominated films and was Magneto. I think he can pick a roll when he sees it, dude.

"it would be near impossible to replicate his charm, strength, and wisdom" - Have you seen Michael Fassbender you knucklehead? Did you see Prometheus?

He even claims the character-actor who portrays Desmond has to portray each of the other versions of his ancestors. 1) Who made that rule? 2) Why can't he? I think Fassbender can handle that. (Again, Did you see Prometheus)?


AND THEN! the Cake taker! This little TWIT actually tries to say that a Legend Of Zelda game should no be made into a movie. Lord forgive him, he knows not what he sayeth!

OF COURSE it would do well! Are you kidding me? A LoZ Movie could be the single greatest thing to happen to the franchise, the genre, and the box-office since ever. Is it difficult to do? Absolutely! But that's hardly a reason why it would fail! Let's look at it as such:
Pretend the LoZ Movie is a flop? Awesome. It means immediately the funding and demand to make a BETTER ONE will emerge. What if it's a success? It just means they work THAT MUCH HARDER at making more successful game-franchise films that will be even better and atop of all of that, we get a Legend of Zelda movie!

The LoZ Movie has little chance of being anything short of a box-office success. Could it get panned? Maybe. But there's no way it flops.

I don't see the lose in this scenario!

This guy is a sham and I hope he didn't get paid for this article.
R.I.P. Ultimate Peter Parker

Re: 5 Games That Shouldn't Be Movies -- WRONG

Dude, I don't understand what the guy's problem is with the assassin's creed point either. I think any decent actor can pull it off, seeing that that's the whole idea of an actor, to be able to become someone else, and what better job is it to become two or three different characters in one movie? Fassbender can easily pull it off.
Top
Post Reply
2 posts • Page 1 of 1

Return to “Comics on Screen”